Docs, don’t be too hasty in blaming pets for allergies

A FAMILY which purchased a Maltese puppy (pictured right) had a baby a year later. 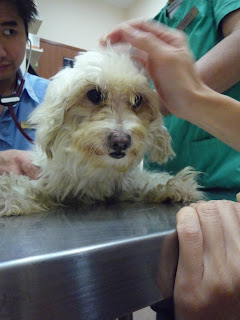 The baby developed a runny nose and her mother took her to see a neighbourhood GP.

The GP put the blame for the child’s condition on the dog.

The dog was then confined in a small pen in the kitchen.

Its water was stored in a siphon water bottle meant for smaller animals such as rabbits.

Eventually, it was neglected.

It was not walked, not given baths, was left ungroomed and its claws grew uncomfortably long. Even its food was not replenished, and it was fed plain bread.

Its cage was lined with urine-soaked and faeces-stained newspapers.

This went on for four years.

I appeal to doctors to be more cautious when giving diagnoses.

Children or adults with suspected pet allergies should be referred to an allergist for tests.

Patients could also be referred to information online on how to deal with such allergies.

Even if a person is allergic to a family pet, there are ways to co-exist under the same roof.

As a last resort, find the pet a good home.