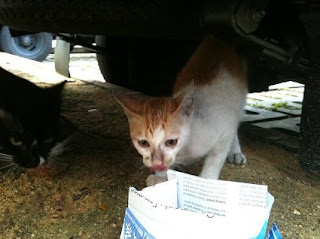 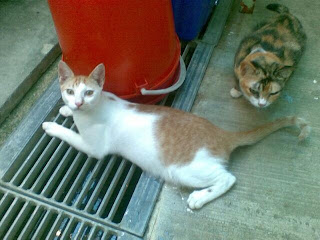 He has regained his trust of human beings and is ready to go to a good home!

27-03-2010, SY’s sms, “Lang is very playful, initially he was scared so we put him in a single tier cage, he created a mess, then we changed him to 2 tiers cage, he also messed up, so now we let him out to the common area, no mess from him so far but loves to run fast n tap on others back. Cheeky boy :)” 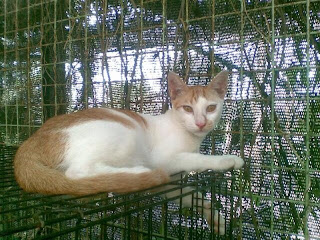 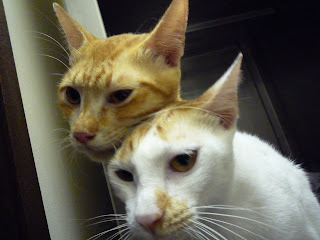 With Semba, his best friend, at Acacia Vet Clinic where both were neutered on 12th August 2010 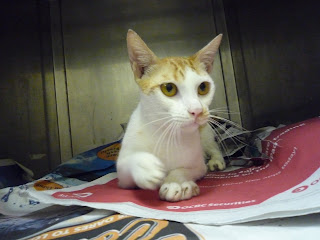 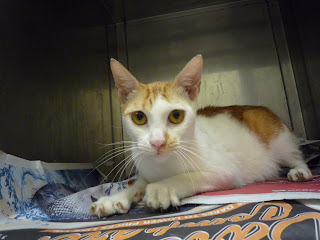 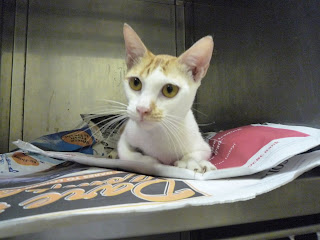 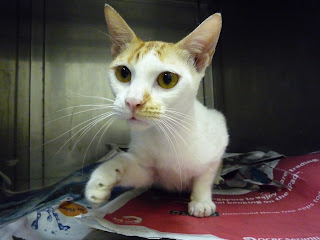 This entry was posted in Lang-Lang. Bookmark the permalink.