A St. Bernard dog, Bernard used to live in a landed property.
When the owner moved to a HDB flat, St Bernard dog is not on the list of HDB-approved breeds

He was boarded in a commercial boarding facility. Bernard is now 9-year-old with arthritis problem as expected of a dog of this age and this size. He was saved from being PTS.

Siew Ying updates:
“Yes he s hospitalised. The vet said is arthritis, he did some bloodtest, he will inform us once result is out. The injection has to be given once every 5 days it costs abt 50 dollar per jab

I hope after the treatment if he can be more mobile then can send him for accupuncture, we also wish someone with van can help for this.

Mary Lim visited him last nite and Bernard has so much things to tell Mary, he kept talking n talking :-P” 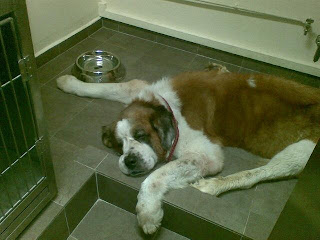 Bernard after the injection. He is sleeping 🙂 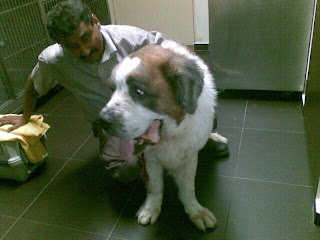 8pm, mms from SY,
“Bernard and Mohan at Acacia Vet, he is so heavy having hard time getting him walk from carpark to the vet s backdoor. ” 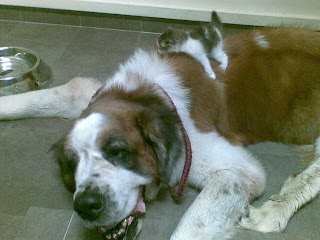 Bernard with a kitten named Marie. A non-Chinese family walked into Dr Kong’s clinic with this little kitten that they said they found on the road. 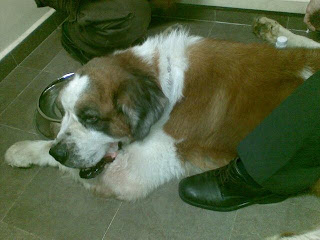 Bernard knows he is being attended to. Very relaxed! 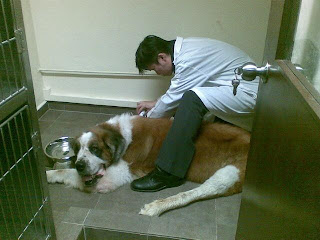 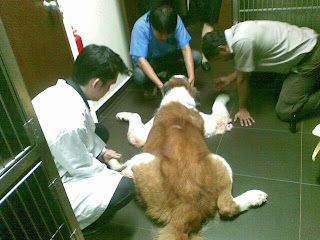 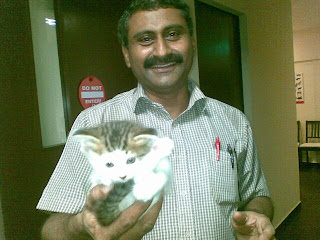 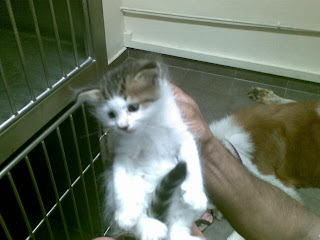 “Kitty, Marie. So cute. She is for adoption.” 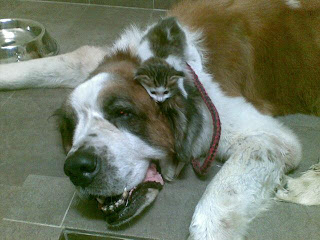 Bernard and kitty, Marie. He is such a nice dog. He didn’t mind the kitty at all 🙂

Marie is fostered by Cheng Tiong.

“Forgot to tell you what happen yesterday when Dr. Kong was examining Bernard, when he was pressing the tummy Bernard farted so loud, all of us there broke into laughter 🙂

Update from SY :
” Mary Lim said that Bernard was pushing hard trying to stand up & he started grooming his left side of the body 🙂 it is exactly 24 hours after we lodged him. 🙂
Mary Lim:
Bernard push both legs trying to stand when Mohan was leaving. He sure loves Mohan. And Bernard groom his paw leh, not body lah 🙂 Check my sms lor 🙂

Mary Lim:
Bernard push both legs trying to stand when Mohan was leaving. He sure loves Mohan. And Bernard groom his paw leh, not body lah 🙂 Check my sms lor 🙂