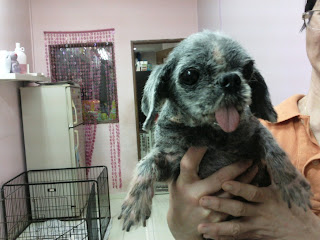 mms from SY
“Cockatoo – the only survivor of the 3 shih tzu, she has thyroid disorder and is now on medication. She just had a groom by Serene of Loving Pets 🙂
She’s under the care of Beelian.”

“One died on the second day after the rescue at Allpets: that one was the worse with upper mouth palate having so many maggot-infested wounds.

The second one called Owl died 3 years ago of pancreatitis, was treated at Animal Clinic. One of her eyes was blind and her vocal cords were removed, teeth were all rotten 🙁

On looking back, we still have good memories of Owl and Cockatoo while they were staying in MettaCattery. Although taking care of them was tough, we enjoyed seeing their condition improved tremendously over a period of 2 months. Within a week or so, both of them learnt how to beg for treats 🙂

The breeder was only fined $250; he lied to the authorities about the history of these 4 dogs.

I will see whether if I can get hold of the old pictures of the rotten, maggots infested corpse that other 3 were munching when we discovered them.” 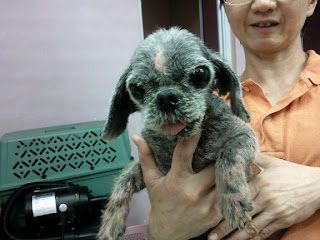 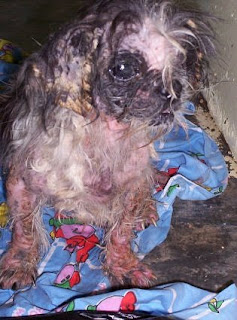